With the country in a November lockdown, if anyone had suggested we could get over 150 runners from 4 clubs out completing a 5 mile South Downs ridge run in an 8 day window in December....you’d have probably said we were barking.  However, the respect and affection which the Sussex running community held for Chris Smith clearly rewrites those sorts of rules, and attaching his memory to the event influenced everyone involved.

All 4 clubs – Lewes AC, Brighton Phoenix, Burgess Hill Runners and Haywards Heath Harriers were responsible for getting their runners out (and back) and corralling “fair” times for the Ditchling- Blackcap course (or vice versa) and categorising their runners.  With some outline rules for creating multiple club teams, a mutant algorithm or two and the ghost of Alan Turing allowed all the 153 runners’ times to be processed into 27 mixed teams of 6 as summarised below.

So congratulations to Brighton Phoenix.

Across the 6 categories the 3 top placings were as below.  Despite some great efforts, Chris’ time remains on top of the Strava leaderboard.  For the time being that’s perhaps as it should be.  Bobby Searle took the opportunity to pinch the Ladies crown though –well done.

Please follow the link here to a spreadsheet containing all the data for all 4 clubs.

My thanks to the co-ordinators at each of the clubs involved, since without them we wouldn’t have had an event.  Most of all, thanks to the runners who braved the damp, wind and more damp in Chris’ memory.  One of his fellow Harriers adapted some Kipling that I think is worth repeating and maybe echoes some of your thoughts while running that route. 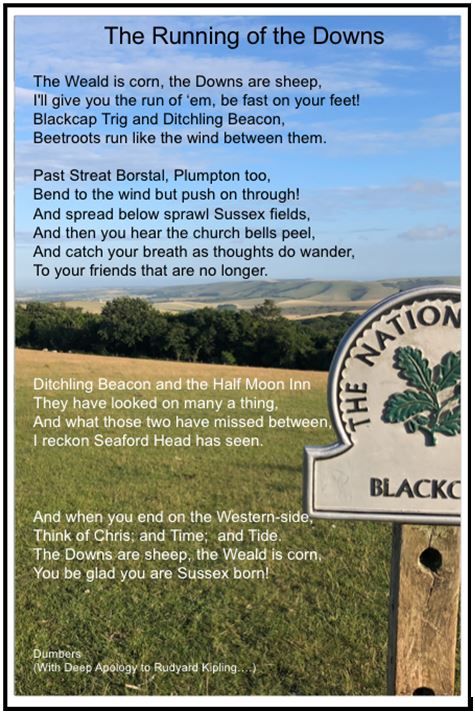